Home » Media » What We Talk About When We Talk About Healthcare IT – Randy McCleese’s 2017 John E. Gall Jr. CIO of the Year Award 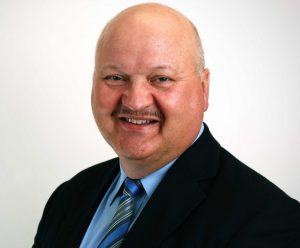 So many of the words we use to talk about technology come from the natural world, and Randy McCleese is a CIO in touch with the natural world. Growing up on a farm and in a rural community, Randy’s appreciation for small town life was formed early on. His education had prepared him for a career outdoors, first studying geology and eventually getting a job in the oil and gas industry. Eventually, he looked for new opportunities, and a career in healthcare IT back in 1996 seemed like a growing field with plenty of promise.

His transition from the energy sector to healthcare IT didn’t take long, but there was an adjustment period. “Coming from an oil and gas company where it was dog eat dog, you didn’t share information, especially between different companies and even between your peers in the same corporate group because you were constantly in competition with each other,” Randy explained. “Healthcare was significantly different. In healthcare we’re all in this together.”

This collaborative spirit formed his early interest in CHIME, then a young healthcare IT association. From his first foray into CHIME following the 1998 HIMSS conference to now, Randy has seen the role of the healthcare IT leader change over 21 years of membership. “The role has moved from supporting the back-office functionality and has become much more of a strategic role as healthcare goes through its transition.” With all these changes, small healthcare systems like Randy’s have had to make drastic changes to survive cost cuts, regulatory changes and seismic shifts in the healthcare marketplace.

One of the biggest unrecognized challenges that Randy pointed out was “the need and ability to effectively interact with healthcare organizations that provide higher levels of care.” As the CIO of two rural hospitals, Randy’s unique insights on small and rural hospital systems have helped CHIME members in similar situations better grapple with the constant changes in the industry. “I’ve noted in the past several years that smaller organizations tend to hold unto themselves until their financial situation is dire. Technology advancements of the past few years make it much more conducive for small organizations to partner with more-advanced care organizations to ensure the full continuum of care for their patients.”

Like many other members, Randy is drawn back to CHIME membership and participation every year for the collaboration opportunities. He explains that “CHIME has a tremendous number of educational and networking opportunities. From Focus Groups, College Lives and in-person education programs, these opportunities keep CIOs up to date on things happening in HIT. The in-person meetings have allowed me to build a large network of colleagues in various size organizations. These colleagues are always ready to share experiences whether contacted by phone, via email, text or any other medium. “

In 2017, as part of the CHIME awards series, Randy was nominated for and won the prestigious John E. Gall Jr. CIO of the Year Award. Randy reflected on the honor, saying “to be named the John E. Gall CIO of the Year was the most humbling recognition of my life. It is a tribute to my family and the people with whom I have worked. As I noted when accepting the award, I grew up as one of 10 children on a hardscrabble farm in northeast Kentucky, so this award is tremendous.  However, it was not possible without the tremendous support of my family and coworkers.” The John E. Gall Jr. CIO of the Year Award is a high distinction; the “pantheon” of award winners includes industry titans who have made a lasting impact on healthcare IT leadership through their years of dedicated service and support.

Randy’s rural upbringing shines through when reflecting on his many years of service in CHIME’s programs. “It’s just my nature to want to help others and because what I’ve done,” he remarks. “That work lets other people see that we all have something to say. One of the things I like about CHIME and working with CIOs and aspiring CIOs is providing mentorship opportunities and digging into the issues, questions and challenges we face.”

Randy is a CIO with his ear to the ground and is constantly participating in new CHIME programs. He recently traveled to Ann Arbor to assist in the development of a new credential for healthcare information security leaders. His insights to the development team brought a small hospital perspective to the table, which provided a unique perspective on security leadership.

If you want the opportunity to be recognized for your continued success, whether it’s for innovation, smart and savvy collaboration with a Foundation partner, or decades of achievements as a CIO, consider submitting a nomination for an award in the CHIME Awards Series. As CIO leaders, many members are doing great things to transform health and care that deserve recognition. I hope you’ll consider nominating yourself or a deserving peer for one of CHIME’s many award categories. You can read more about them here.