Home » Media » What Does the Election Mean for the Health IT Community?

What Does the Election Mean for the Health IT Community? 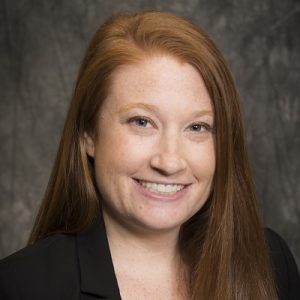 Committee rosters in both the House and Senate will look quite different as incumbent loses and retirements impact committees with healthcare jurisdiction. Health IT has largely been a topic garnering bipartisan interest on Capitol Hill, however, new Committee leadership and a change in who holds the gavel will likely impact the lens through which issues are examined.

The Senate remains in the hands of a Republican majority, with some committee ratios still to be determined as some of the “too close to call races” are undecided. The leadership of the Senate Health, Education, Labor and Pensions (HELP) Committee will remain unchanged, with Chairman Lamar Alexander (R-TN) and Ranking Member Patty Murray (D-WA) likely to continue their oversight of health IT, electronic health records and the implementation of the 21st Century Cures Act. There will be a shakeup on the Senate Finance Committee, though. That committee has Medicare and Medicaid under its jurisdiction, with the retirement of current Chairman Orrin Hatch (R-UT) and the likely losses of incumbent members Bill Nelson (D-FL), Claire McCaskill (D-MO) and Dean Heller (R-NV). Early signs point to Sen. Chuck Grassley (R-IA) taking over as Finance Committee chair in January.

Come January, the House will be controlled by the Democrats; they appear to have picked up 30-plus seats. This correlates to many new members and many new faces on committees of jurisdiction. The Energy and Commerce Committee gavel will be in the hands of the committee’s current ranking member, Frank Pallone (D-NJ), who will swap places with Greg Walden (R-OR.) The health subcommittee will get new leadership with the retirement of Gene Green (R-TX). Anna Eshoo (D-CA) appears to be the favorite to lead the subcommittee.

The changes in personnel will likely result in some agenda changes. We expect consumer (and patient) privacy to take center stage, with interest expressed by leaders of the Energy and Commerce Committee and Senate Commerce Committee. The current Congress has delved into the implementation of the 21st Century Cures Act, from which a great deal of rulemaking is expected to be released before the end of the year. Health IT has been bipartisan, so we forecast continued conversation about how to spur interoperability, improve patient access and reduce provider burden. Additionally, with the potential consideration of an infrastructure package, there could be an opportunity for health IT and cybersecurity readiness to be interjected into the conversation.

Despite the recent passage and enactment of H.R. 6, the SUPPORT for Patients and Communities Act, we expect additional bipartisan interest in the opioid epidemic. It is likely that solutions to curb the opioid epidemic that complement H.R. 6 and the provisions included in the 21st Century Cures Act will continue to be discussed. Substance Use Disorder (SUD) remains a healthcare priority for the president and congressional leadership.

Worth noting was the influx of diversity among candidates elected last week. Unprecedented numbers of women, minority, veteran and millennials comprise the incoming freshman class.

CHIME’s policy team will continue to keep members apprised through our weekly newsletters and monthly webinars on the latest health IT policy conversations on Capitol Hill.